Oil and Gas Businesses in Texas

Texas had become a significant player in the oil and gas industry from 1894 when it was the first noted discovery of oil in Navarro County. The first active oil well in Texas was built and located at Spindletop.

1.59 billion barrels were produced across the state of Texas for 2018. Houston, as the largest city in Texas, has the headquarters of several oil and gas companies. Austin, Dallas, San Antonio and Midland are homes for lots of oil and gas production companies.

The Texas oil boom is a period of dramatic change and economic growth in the Texas state in the early 20th century, which began with the discovery of a major oil reserve near Beaumont, Texas. The discovery was unprecedented in size (around the world) and introduced an era of rapid regional development and industrialization, which has several parallels in USA history.

At the beginning of 2020, we can celebrate the tenth anniversary of the so-called shale oil and gas. It was called the "shale revolution" and turned the whole situation on the world oil market upside down. The Permian Basin in the Texas state, which today gives most shale oil production, is located at the depths of less than 3 thousand meters.

Learn more about Texas Oil Imports in our article. 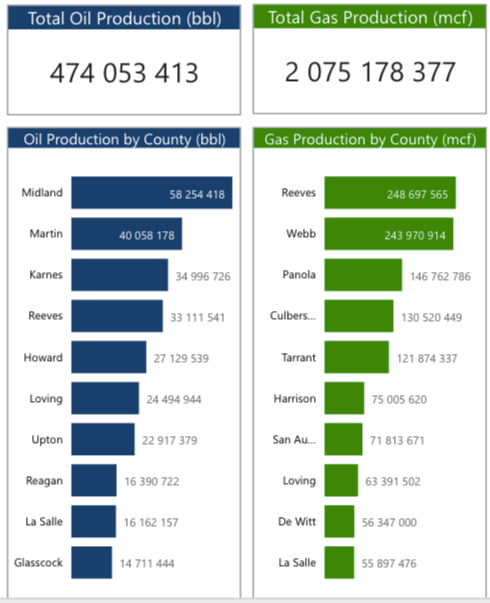